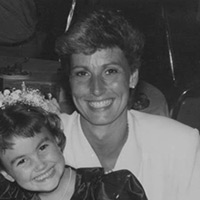 In February of 2001, 52 year-old Orlando resident Sue Weaver contracted Burdine’s (a Macy’s-owned department store) to clean her home’s air ducts. Unknowingly, Sue let into her home two store servicemen, unaware that one of them, Jeffery Hefling, had a violent criminal record with a lengthy history of rape and sexual assault, and had served 12 years in jail.

Six months past the service visit to Sue’s home, Hefling returned to rape, beat and murder her, then tried to cover his tracks by setting the place on fire. He was later arrested and received a life sentence for first degree murder.

Weaver’s family filed a lawsuit against Burdine’s for negligent hiring. The investigation revealed Burdine’s had subcontracted Adler’s Services, Inc. who was obligated by contract to perform background checks on their employees, something Adler’s did not do and Burdine’s never corroborated. As a result, a dangerous criminal was hired and sent to the home of a trusting customer.

Burdine’s-Macy’s was ordered by court to pay $9 million to Sue Weaver’s family in reparation.

Hiring managers are the ones responsible for keeping their companies out of harm’s way. A background check is necessary to discover an applicant’s questionable history or criminal record and avoid placing other employees or the company’s clients in danger.

As negligent hiring lawsuits become commonplace, employers get hit with multimillion dollar verdicts. So long as due diligence takes place, employers are not powerless in the face of a lawsuit. A background check is an inexpensive simple way to ensure safe hires. If a proper screening had taken place, Burdine’s would have avoided a costly lawsuit, and more importantly, Sue would still be alive today.

Whether checking something as basic as school credentials and past jobs, up to verifying criminal records, it is vital to check if a prospective employee could turn into a liability in the future.

At Smart Screening, a background screening company in compliance with the FCRA and regulated by the FTC, that’s exactly what we do.

Years of providing background check services to the US market have given us the knowledge and expertise to bring a much-needed line of products tailored to the Puerto Rican market.

We rigorously follow industry standards to provide our clients with the most relevant and accurate information for their hiring purposes.

Know before you hire by hiring the smart option for employee screening.

This is vital information needed for managers to make informed hiring decisions.

 or send us an email to info@smartscreeningpr.com

LEGAL DISCLAIMER: NOTHING ON THIS PAGE SHOULD BE USED AS LEGAL ADVICE, GUIDANCE OR COUNSELING. SMART SCREENING PR EXPRESSELY DISCLAIMS ANY WARRANTIES, RESPONSABILITIES OR DAMAGES ASSOCIATED WITH OR ARISING OUT OF THE INFORMATION PROVIDED ON THIS WEBSITE.
PRIVACY POLICY